Gutenbricked? Here’s The Best Alternative to the WordPress Gutenberg Debacle 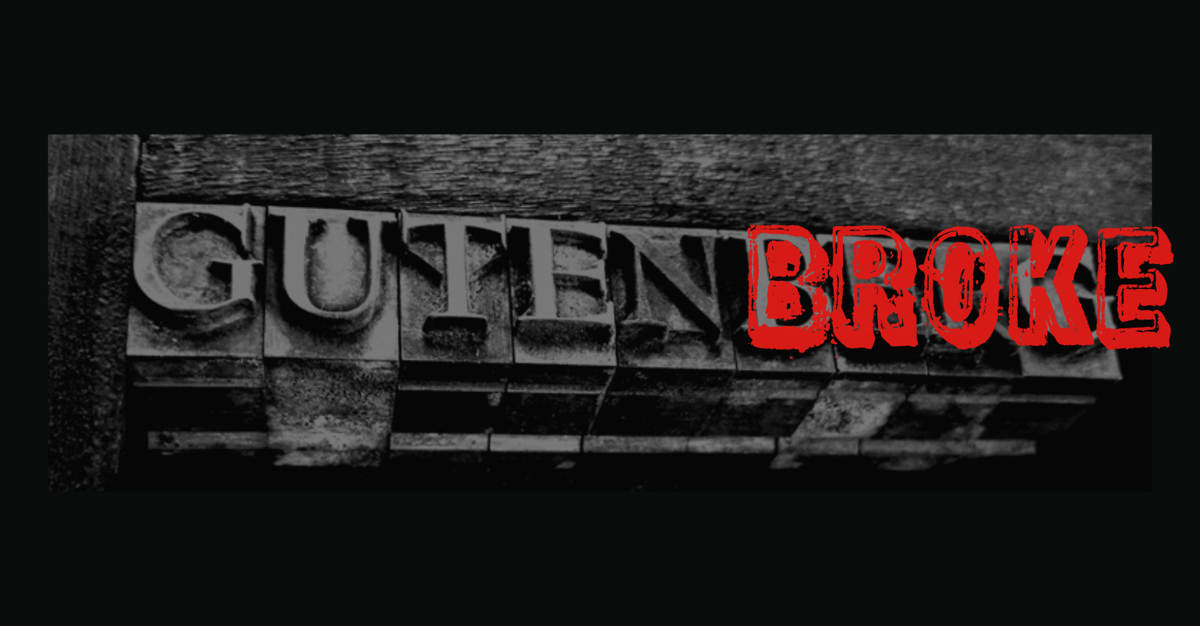 As I’m typing this within the comfort of my TinyMCE editor, I feel sorry for all the folks stressing with the latest WordPress debacle known as WordPress 5 and Gutenberg (aka Gutenbroke).

What WordPress is Trying to Do

Recently, WordPress 5.0 has caused a dynamic shift in how they envision their default publishing experience to be, all while royally pissing off (and breaking) millions of user/client sites at the end user’s expense. 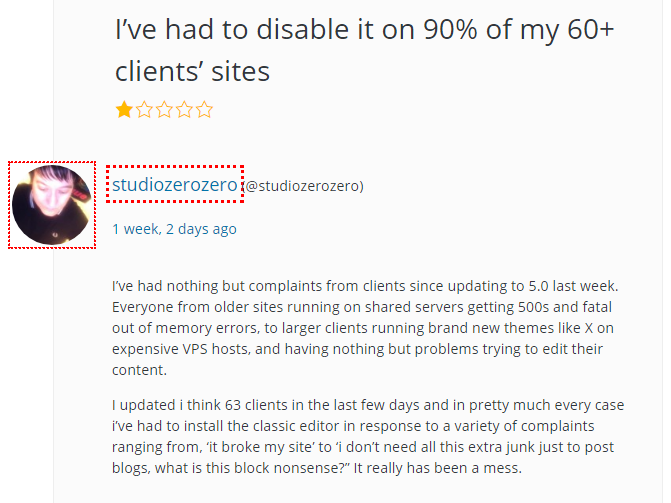 This usually happens when the upper echelons at Automattic, the company that owns WordPress, seek a direction that totally contradicts it’s users needs/requests.

The kicker – they push out their forced update during the busiest time of the year, December.

In addition to the horrible timing, they are trying to reinvent the wheel in the ‘page-builder’ space, but are so behind the game, it’s not even funny.

There are numerous WordPress page builders out there already that not only have years of a head-start, but are far superior in every aspect imaginable.

What They Are Ignoring

Simply put – everything and everyone.

Because of their steamroll approach, theme and plugin developers now have to go back into their plugins/software and spend time/energy/capital to make their products play nice with an inferior, forced product that nobody wants in the first place.

In addition to that, business owners that rely on WordPress to function properly as their digital storefront are finding themselves scrambling trying to fix broken sites, and losing crucial sales during the busiest time of the year in the process. 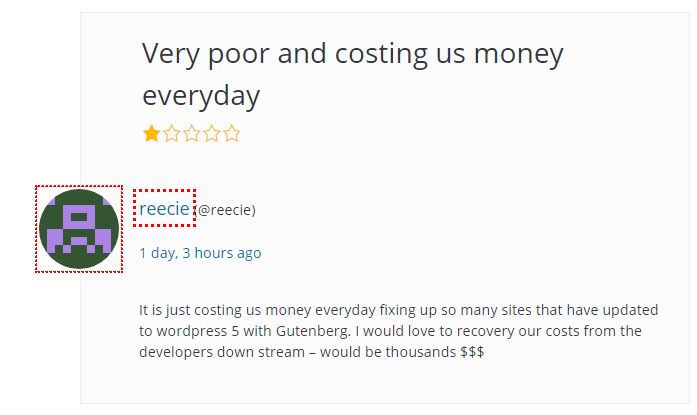 A few minutes and a keen eye peeking over in the Gutenberg review section will tell you everything you need to know.

There are several of these “1 post, 1 5-star review” types floating around.

I highly doubt people are going to the trouble of creating a WordPress account just to post how amazing GutenBroke is. 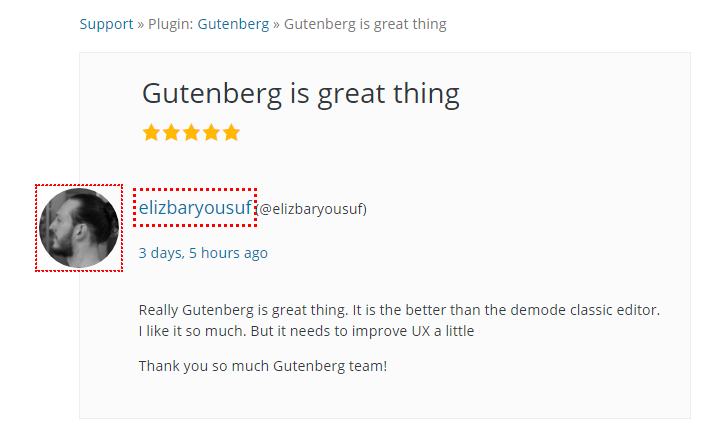 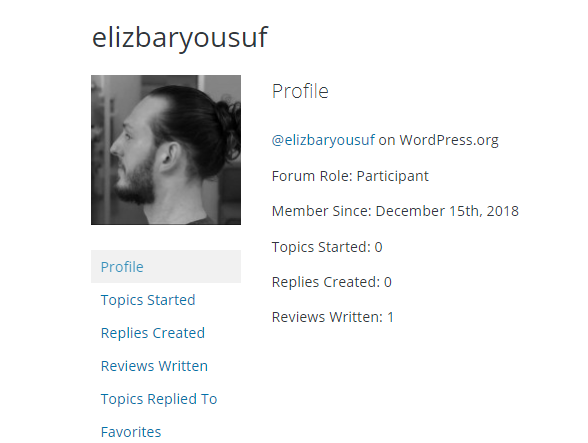 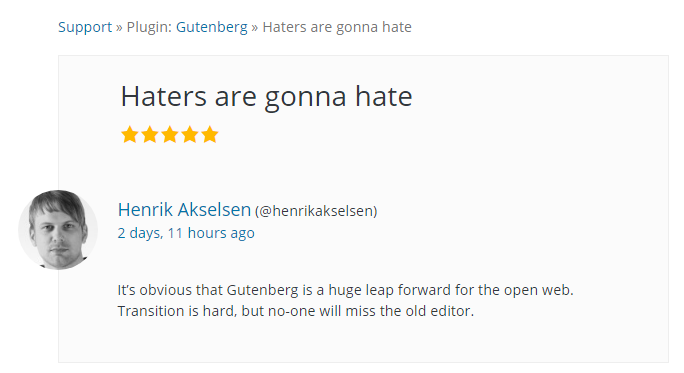 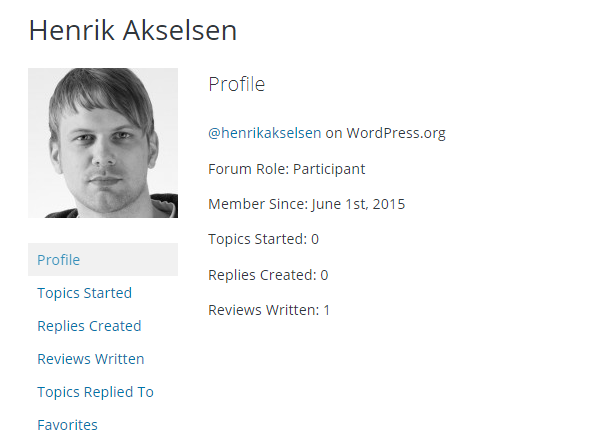 Hate to break it to you Henrik, but you’re in the minority:

Then you have the ever-so-subtle auto-populated 5-star review.

When you try to post a plugin review in the WordPress repository, WordPress generously decides to autofill 5 stars without you choosing it.

The end result is hundreds of people posting reviews of how much they hate Gutenberg/WordPress 5.x, never noticing the automatic 5-stars, giving an illusion that Gutenberg is better than it is. 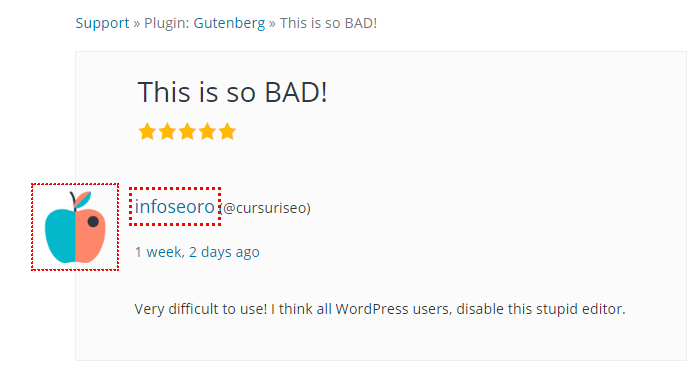 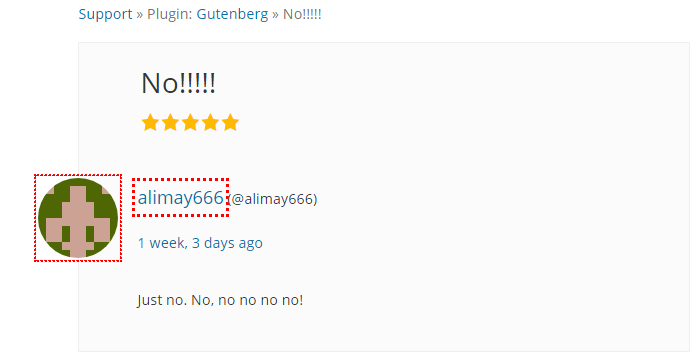 Original post here (and archived here in case the WordPress mods decide to ‘archive’ it themselves, Clinton-style).

It’s no surprise that if you don’t agree with the WordPress Nazis, you’ll just get flagged and possibly shadowbanned until they deem your opinions righteous.

Communism is grand, isn’t it?

Here’s a prime example of a real user giving constructive feedback, then after the most useless, long-winded, scripted responses by the WordPress mouthpiece mod, the topic gets shut down:

The most revealing part is when someone dares introduce democracy and transparency.

The mod flat out says, in a public forum mind you, that voting for solutions is a horrible idea. 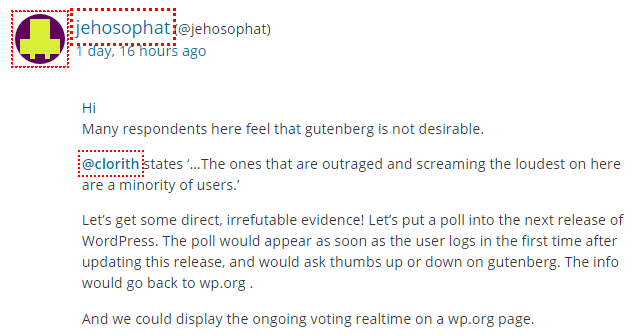 I could go on and on, but it’s an exercise in futility.

As such, we decided to run a little test (based on our theory) spanning over a period of 7 days.

We had someone setup 10 unique, seasoned personas that called out the fake reviews for what they were, and would post honest, 1-star reviews (not just a ‘Gutenberg sucks’ type review).

If you’re thinking this is shady, it’s not, and let me explain 3 simple reasons why:

…but because we already suspected what was going to happen happened, it was a non-issue that only proved our theory.

Within the day of each dropping their opinion on Gutenberg, each persona and review were deleted by the mods, which means they are actively monitoring and deleting feedback in order to attempt to bring the review ratings up.

Strength is in numbers and the truth, so we’ll see that rating fall to under 2 stars soon anyways.

ClassicPress is a fork of WordPress that focuses on business-owners, which as we all know, has always been focused on an audience comprised of bloggers instead.

It is a fully functional version of WordPress without Gutenberg and React.js. In other words, it’s what everyone knows and loves, all while keeping a democratic way of introducing features that the community actually wants, rather than force-feeding us things we never ask for.

Personally, I am a fan and have confidence in the project as of this article. So much so, that I’ve migrated over 100 personal and client sites to ClassicPress without any major issues.

They have a long way to go and only time will tell if this fork will push through and become mainstream, but as long as their marketing initiatives get sorted, I see great things in the future for the ClassicPress project .