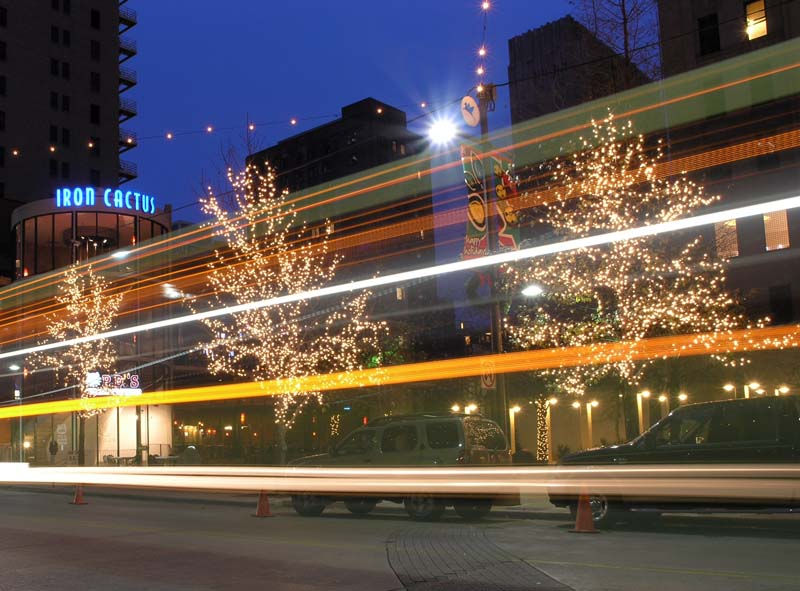 The Main Street District has always been the center of the city of Dallas. In addition to being the place one of the cities earliest skyscrapers were built, it is also the headquarters to many major retailers hotels and banks.

There are several sidewalk restaurants, below-ground nightclubs and retail stores that if you walk through the beautifully tree-decorated areas, you’ll get to see it all.

One of the coolest things about the Main Street district in Dallas is that several of the historical buildings that were neglected here have been restored and renovated for new projects. While a great portion of the older buildings have been renovated and brought into the 21st-century, there are lots that are still awaiting development.

One of the most notable ones is Main Street Garden Park which is surrounded by St Paul, Commerce, and Harwood Street.

It is 1.75 acres and had a development cost of $17.4 million which was funded through the city of Dallas and is one of the several downtown parks that attract visitors yearly from the around the globe.

The Statler Hotel and Residences, located at 1914 Commerce Street, is another current project that isn’t completed yet which features 159 hotel rooms with 219 apartments. The developer is also planning on adding restaurants, grocery stores, retail spaces, and even a movie theater once it’s completed.

The Main Street District in Dallas is zoned to schools in the Dallas Independent School District.

Some of the school include:

Whether it’s visiting the Giant Eyeball (1601 Main St, Dallas, TX 75201) or The Dallas World Aquarium (1801 N Griffin St, Dallas, TX 75202), you can have a hell of a good time on a very simple budget. At the end of the day, you don’t have to spend a lot of money in order to have fun as long as there are things to do outside and you’re with good people.

You can visit the West End, where you will find the old red museum along with a JFK Memorial Plaza as well as a ton of shops and restaurants, warehouses and railroad stations.

You can also visit the largest urban arts District in the United States, the Arts District, that covers over 20 square blocks and 68 acres.